Three Weird Looking Monsters
"Take any shape but that, and my firm nerves shall never tremble..."
~Macbeth, Act III Scene 4 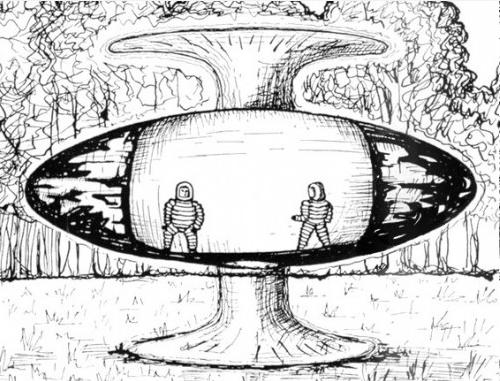 Gerard Piednoir's sketch, made with the assistance of Fontain himself

Everyone knows what space aliens look like. They’re small, they’ve got big heads shaped like lightbulbs, and they’ve got big, black, almond-shaped eyes. Incorrect! UFO abductees report a fairly wide variation in the shapes, sizes, colors, and configurations of monsters from beyond the stars. I have my personal favorites: the school supply space mummy that abducted Sandy Larson, the octopus keg monsters that kidnapped Antonio La Rubia, and way out in first place, the little raisin-headed jetpack creatures that scared a pair of drunks in Ririe, Idaho. Those little guys beat out a lot of contenders, and here are just three more of them.

Luce Fontain, a farmer on Reunion island near Madagascar, was out gathering some grass for his rabbits when he came across something a little on the abnormal side: a flying saucer containing a pair of marshmallow men. He described the ship as looking something like a saucer sitting on top of a glass goblet, with another upside-down goblet on the top. It was floating about 5 feet off the ground. The center was dark blue, with clear goblets, and a large window in the center. The marshmallow men were about three feet tall and wearing what looked like overalls. They also had helmets that partially obscured their faces. One of them turned towards Fontain, and then there was a blinding flash of light and the spaceship disappeared. There was no trace evidence of the spaceship on the ground nearby, though reports indicate that there was some “radiation” both in the area and on Fontain’s clothes.

Considering Fontain was 25 meters away from an object only 5 meters in diameter, floating 2 meters off the ground, that there would be radiation underneath it and on Fontain’s clothes, but nowhere else, seems odd. Though, compared with a pair of marshmallow monsters from beyond the moon, I suppose it’s not too bizarre. There’s a long history of space people being reported wearing what looks like diving equipment, which comes to us directly from early science fiction that envisioned outer space as an enormous ocean (thanks, jerks), but this type of Michelin Man outfit is a one of a kind.

Harry Trumbore's sketch of the marshmallow man from space

At least those guys had bodies, though. In 1971 John Hodges was driving down the road with his friend, Peter Rodriguez, when they saw what looked like two enormous human brains laying in the road. Hodges dropped Rodriguez off at his home, and it was only when he got back to his place did he realize that he was missing two hours of his life.

Under hypnosis, he recalled being contacted by some sort of entity and told they’d be talking to him again. Seven years later, he was again kidnapped by the space brains and brought to the same room he’d been in during those two missing hours. The brains were, apparently, rather discouraged by humanity’s development of the atom bomb, a theme that reoccurred throughout the contactee movement of the 1950s and 60s. They also told him that devices were being implanted in people to augment their psychic abilities, bringing a little of the flavor from the later abductee implant craze into the mix. 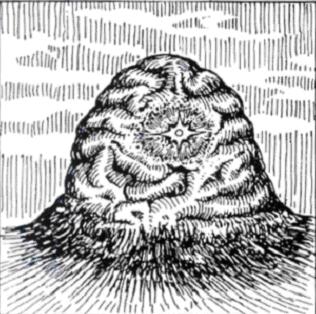 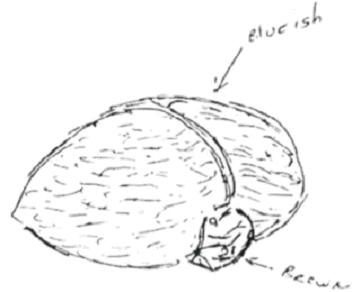 Original sketches of the creature. Gaaah!

Unlike the marshmallow men of the previous case, I’d actually heard of something similar. In 1958 a giant brain from outer space used his telepathic powers to thwart the launch of a nuclear weapon into space, while all the time living in a cave. Unfortunately for Mr. Hodges, this second case occurred in Hollywood, on the set of a movie called The Space Children. You may have seen it on Mystery Science Theater. So I ask you which is more likely: that a man, with absolutely no influence on our nation’s development of the atom bomb, was contacted by giant brains from outer space, or that this man saw a movie with the same plot and somehow lost enough of a grip on reality to think that it really happened? 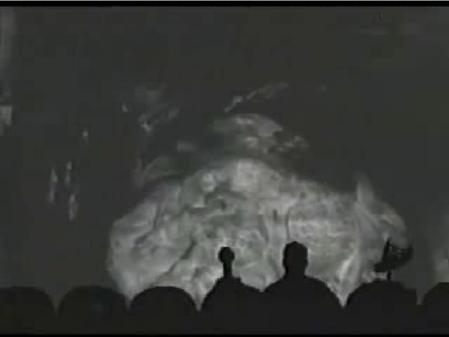 The huge Brain Blob Monster from The Space Children, as seen on MST3K.

I’d like to interrupt this for just a moment and tell a personal story. I had to show a young Japanese woman around my department at work one day, and she saw a picture of me from when I had a beard. She looked at it for a moment, and after I assured her it was me, she said “Look much better without. Before you look like uncle. You know… live on mountain.”

The sad thing is that I really liked my beard, from a strictly utilitarian standpoint. The sheer convenience! But I gave in to the pressure of popular opinion and got rid of it; monsters from outer space, however, have no such problem.

13 November 1976 saw Joyce Bowles and her friend Edwin Pratt driving down a deserted country lane to pick up her son. They saw a light in the sky and the car began shaking so hard they thought it would “come apart”. Veering off the road, they spotted a 15-foot long cigar-shaped object floating about a foot off of the ground on a cushion of smoke. Through a window in the upper left side, they could see the heads of three men. One of them approached them simply by melting through an outer wall and came up to the side of the car. He was six feet tall, had light blonde hair, and a dark beard. Now that’s style. He also had glowing pink eyes (“like an albino rabbit”) that were so piercing that when Bowles looked away, she could see glowing afterimages on the inside of her eyelids. He also gave off some sort of psychic aura that made everyone in the car stay calm. Overall, a really nice guy. 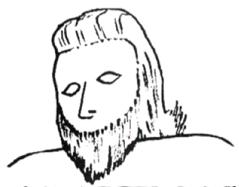 A space monster with a beard is rare enough, but glowing pink eyes? That’s unique. Anyway, he just sort of looked inside for a couple of minutes and then vanished along with his spacemobile.

This also highlights how advanced the aliens are: human being don’t build airplanes that are only 15 feet long, and the bearded pink eye monster has got one that can travel through air and space.

Second, that’s not true. Space aliens and their vessels come in every shape, size, color, conformation, form, and figure you can imagine. In these three alone, we’ve got midgets in marshmallow suits, enormous human brains, and a space hippie with pink eye. These guys have shown up one single time, and then flown back into space, never to be heard from again. And the ship from Fontain's story? As far as I can tell, nothing similar has ever been reported.

So what is more likely? That hundreds of different species of space alien are coming here to mess with us, or that some people have gone a little nutty, had a bad dream, hallucinated, played a prank, or some other purely human explanation?

You don’t need to be a statistician to realize that there must be something up with this. The wide range of monsters supposedly coming to earth is a question that remains unexplained by those that believe in UFOs and should be the source of a great deal of skepticism from those who hear about it.